My two bodyguards, my guide and I were walking through the mountains in the Tribal Areas of Pakistan where no westerner had been in decades when suddenly I noticed a small movement on the ridge. A black turban appeared from behind a rock, and then a man rose holding a rifle. It was the Taliban. A dozen of them came running down the mountain, spread out like Indians in a Western, shouting at us. I was dead.

The men surrounded me pointing their rifles, their eyes cold. Who was I? Where was I going? I tried to answer in Pashto, the language of the Taliban, but my mouth was filled with cotton. All my power, my freedom, my dreams, my work, my hopes and my family, disappeared. They took me to a prison deep in the mountains of Pakistan where I knew no one could find me.

Jere Van Dyk shares the unique and harrowing story of his kidnapping and 45 day imprisonment by the Taliban in 2008 as he pursued an ambitious journey to uncover the inner workings of the Taliban and their links to Al-Qaeda. Van Dyk shares with audiences what he did to survive, which included carefully managing the ever shifting and agonizing relationships with his captors and following a daily routine of exercise, prayer and study in his cold and pitch black cell. Through it all, Van Dyk learned invaluable lessons on the power of instinct, honesty, dignity, respect, friendship and leadership – which can serve us all well.

Jere Van Dyk is a journalist and author who has focused much of his writing on Afghanistan and Pakistan. In the early 1980s, working as a correspondent for The New York Times, Jere Van Dyk lived with the mujahideen in Afghanistan as they fought against the Soviet Red Army, an experience that was recapped in his Pulitzer Prize-nominated articles. Twenty years later, he returned to Afghanistan to report on the U.S.-led war, only to be captured and held by the Taliban for 45 days in 2008. This harrowing experience is detailed in his book “Captive: My Time as a Prisoner of the Taliban,” which Foreign Affairs selected as one of its “Must-Read Books for the World Ahead.”

From 2013 – 2015, Jere Van Dyk traveled through the greater Middle East and South Asia for the Council on Foreign Relations researching the Haqqani Network, ISIS, the Taliban, al-Qaeda, their links to governments and to one another. During this time, he returned to Afghanistan and Pakistan to find out who really kidnapped him and why, after which he wrote “The Trade—My Journey into the Labyrinth of Political Kidnapping,” which was published in October 2017. The Trade was positively reviewed in the Sunday New York Times Book Review and chosen as an Editor’s Pick in the 12/24/17 issue.

Jere Van Dyk has appeared on a multitude of broadcast networks, including: BBC, CBS, CNN, WABC, WNBC, al-Jazeera, C-Span, FOX Radio, NPR, RT, VOA, Jon Stewart, Morning Joe, and Charlie Rose. He has given talks around the country and overseas, including at the U.S. State Department, the Carnegie Council, the New America Foundation, Google, Microsoft, the World Affairs Councils, public schools, universities, security companies, and private organizations around the country, and overseas.

Jere Van Dyk is currently working on a book on the Haqqani Network, with which he lived as a reporter for the New York Times in 1981 and which today is the oldest, most effective and most lethal anti-Western terrorist organization in the world. In 2015 and 2017 he met with the leadership of the Haqqanis, the only Western journalist to do so. The book is due out in 2018.

In 2014 and 2015 Jere Van Dyk worked with the Obama White House and the National Counterterrorism Center on a new U.S. hostage policy. Since then, and including today, he works with the National Security Council, the FBI, the State Department, and families, to help U.S. hostages return home.

Reviews of his latest book, The Trade

“Journalist Van
Dyk’s gripping follow-up to
—a memoir about his 2008
abduction—probes the machinations of the criminals, terrorists, and governments
behind his ordeal…. Like a le Carré novel, Van Dyk’s narrative conjures
disorientation, danger, and paranoia as he ponders the hidden motives of the
smiling, solicitous men he encounters, all the while conveying his deep-seated
anguish.” —

“Winningly
rueful…. Anyone with an interest in the geopolitics of the global war on terrorism will
find value in this account.” —

is a thought-provoking book
written by a courageous journalist and expert on
Afghanistan and Pakistan. Having worked with the U.S. government and
experienced his own kidnapping, Jere Van Dyk offers a deeply personal and insightful look
into the complex issue of hostage-taking. It is a must-read for anyone seeking
to better understand this threat to our freedom.” —

Reviews of his memoir, Captive

“Rich and revealing. . . . Offers a rare and complicated portrait of the Taliban mentality seen through discerning Western eyes.” —The Washington Post

“A vivid portrait of a man under stress and pressure, producing the equivalent of war’s high tension and terror. . . . Some of [Van Dyk’s] passages inevitably will become part of the canon.” —The Boston Globe

"A gripping tale of endurance and a vivid evocation of Afghanistan's grim realities.” —Publishers Weekly 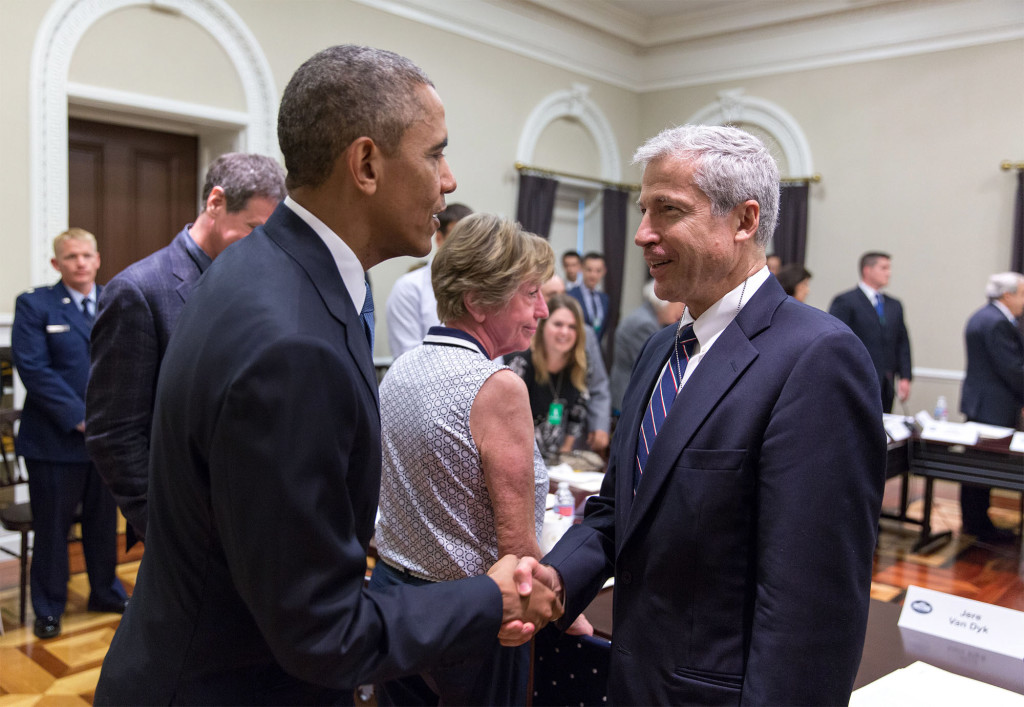 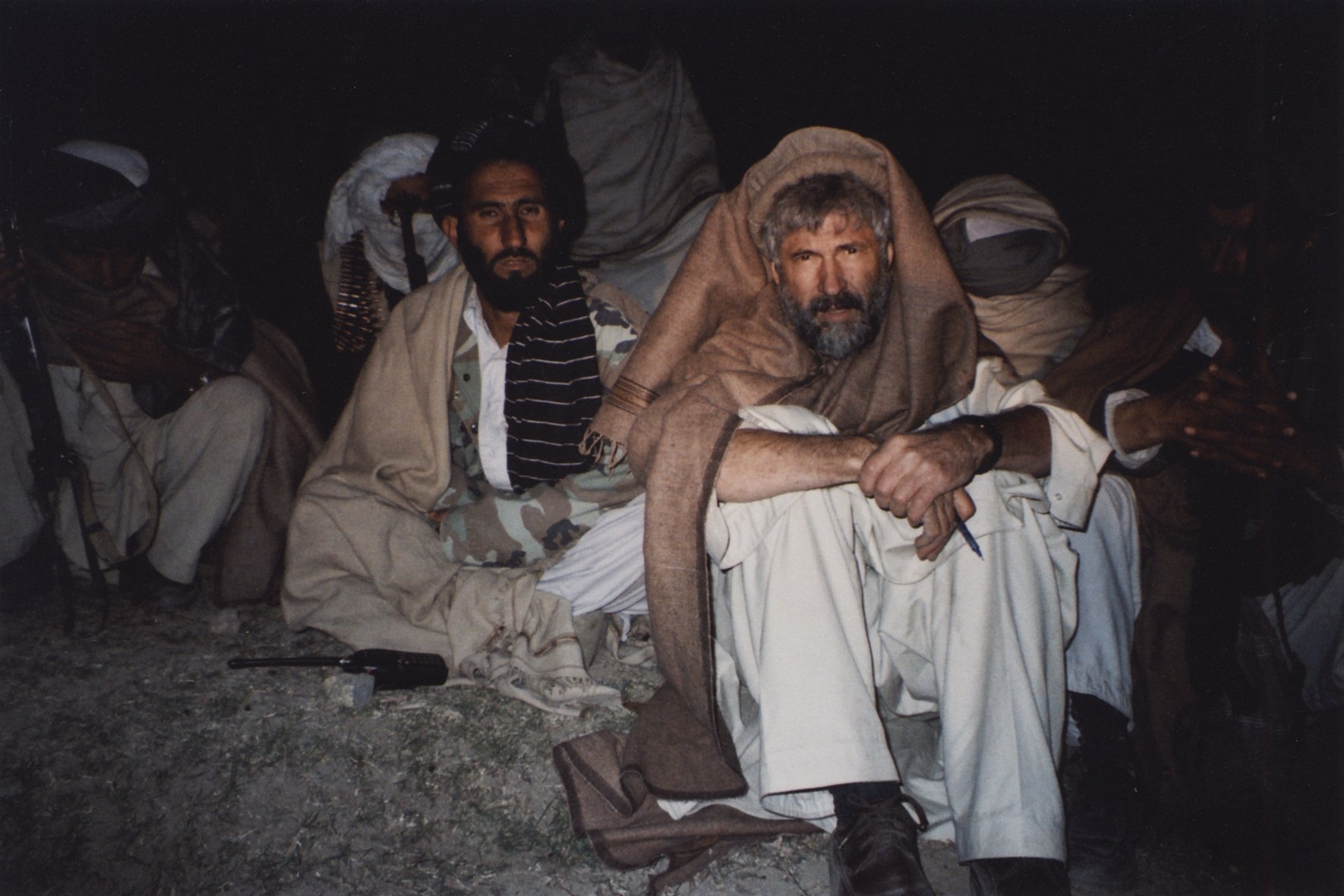