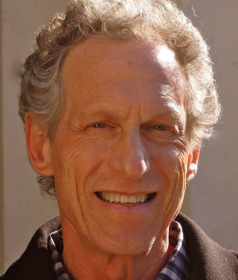 Edward Berenson is a cultural historian specializing in the history of modern France and its empire, the history of Britain, the British Empire, and the United States.

Edward Berenson is Professor of History and Director of the Institute of French Studies at NYU.

Edward Berenson is also Senior Fellow at the National September 11 Memorial and Museum.

In 2006, French President Jacques Chirac decorated him as Knight in the Order of Merit.

The Statue of Liberty: The Making of a World Monument

The Statue of Liberty is one of the most familiar objects in the world, but, in reality, we don’t know it very well. This richly illustrated presentation uncovers the hidden history of Lady Liberty, while showing how it was conceived, how it got built, how it's been abused, and how its meaning and symbolism have changed dramatically over time.

Knight in the Order of Merit, by French President Jacques Chirac