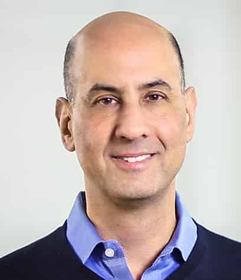 Alan is a career educator who spent 19 years as a teacher and administrator.

Alan is a career educator who spent 19 years as a teacher and administrator. His dedication to making learning as engaging as possible made him a favorite teacher for hundreds of students over the years.

Alan served as the Principal of the Yeshivah of Flatbush High School in New York for four years and was an Adjunct Professor of Jewish Philosophy at Yeshiva University for five years.

He then went on to spend nine years at Amplify, an education technology company, where he developed new service lines for data coaching and Common Core professional development. He created and led large-scale engagements for the states of Delaware and Rhode Island.

Racial Inequality in Education and the School to Prison Pipeline

This talk covers the ways in which inequality against racial minorities exists and operates well beyond the streets where incidents of police brutality is widely reported on in the media. Covering stunning facts and figures (e.g. black students are suspended and expelled at a rate three times greater than white students) and policy attempts to redress what is fundamentally a civil rights issue, this talk sheds light on the current state of education inequality in America, and what it means for the future of our country, both societaly and economically.