In the old days — before Al Qaeda, before the Islamic State — the worst thing that could happen to a foreign correspondent was getting shot by a sniper or blown up by a land mine or mortar. But since 9/11, there has been a rise in the targeting of journalists for ransom or propaganda by violent nonstate actors. The Committee to Protect Journalists estimates that in the Middle East/North Africa region alone there have been more than 100 kidnappings since 2013. And that figure does not take into account non-press abductions — of businessmen, locals, engineers working for oil companies. In some parts of Latin America, for instance, kidnapping and ransom negotiation is so common that one former C.I.A. agent once said there is “effectively a functioning market with transparent prices, like a stock exchange.”

By the time he was kidnapped in 2008, Jere Van Dyk was already an Afghan expert — having made his first trip with his younger brother in 1973, returning in 1981 to report on the Soviet-Afghan war for The New York Times, and covering the region for CBS News after 9/11. He was held in captivity for 45 days by the Taliban before being released. “The Trade” is not about his imprisonment, but about his tenacious attempt to unravel precisely who ensnared him “like a fish onto a hook.” Van Dyk writes about his voyage into the depths of this opaque world from a well of sorrow, shame and regret. Never has a man been so burdened since Christian, the narrator of John Bunyan’s allegory “The Pilgrim’s Progress,” began his own arduous journey.

Van Dyk is a methodical and sensitive reporter, and his emotions are made vivid. Like many released hostages, he feels guilt for those who did not make it out alive. There is further remorse for those individuals — some he did not know — who worked hard to release him. He is wounded by the pain he caused his elderly father, sister, brother and other loved ones. He feels ashamed that CBS, which worked tirelessly to get his release, found him, only a few years later, to be a “remnant from the past,” and fired him. 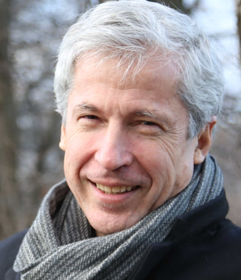