Facebook and Apple just made Alex Jones a martyr: It's better to counter bad speech with good speech

This is an excerpt from Nadine Strossen's op-ed in The Daily News (August 8, 2018)

"In banning Alex Jones from their platforms this week on the basis of “hate speech,” the big tech giants Facebook, Apple and YouTube have done what few others could: They’ve turned Jones into a free speech martyr.

Jones, the repellant conspiracy theorist who is currently being sued for defamation by grieving Sandy Hook parents for claiming that the massacre of 20 schoolchildren in Newtown was a hoax, is crying “censorship.”

Those are crocodile tears: The day after he was banned, his Infowars iOS news app soared to fourth place in the news section from 33rd (Apple banned him on its podcast platform, not in its App Store), and he’s getting plenty of ink in the “mainstream media” he deplores.

Conspiracy theories are Jones’ product, so the blocking plays right into his hands.

To be clear, Jones’ constitutional rights are not at issue: The First Amendment’s free speech protections do not apply to the private sector, and private companies have their own First Amendment rights to decide what they publish."

Read the full piece at on The Daily News 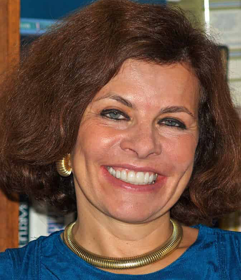