A data-driven understanding of the presidency

"Opened a new way of looking at politics." – Huge, Inc.

We have been overjoyed by the incredible response our presidential scholar has received from the talks he has given at our clients’ offices.

Why is he such a consistently big hit with our corporate audiences?

Professor David O’Connell is as unbiased, fact-based and data-driven as can be. He isn’t registered to vote and relies purely on empirical data from rigorous academic studies to derive conclusions about American politics and the presidency.

As he says in regard to Trump, “I don’t support him, I don’t oppose him, I only seek to understand him.” Though his talk is indeed about politics and the workings of government, which is the point, the talk is not partisan — a distinction with a crucial difference.

“A great view of US politics especially during this time period. Unbiased and rational.” – Fluent

At Ripple Talks, where a cornerstone of our mission is to bring employees closer together to build a strong esprit de corps, we understand that politics can be divisive. This is why we spent countless hours in our search for an expert on American politics to ensure that our selected speaker would be unbiased, fact-based and focused on historical trends and patterns and not his or her own conservative or liberal opinions and beliefs.

Unsurprisingly, since the news isn’t always providing this critical objectivity and since many people have questions about what is widely considered an unusually unorthodox administration and presidency, demand for this kind of objective and rigorous analysis and discussion has been high. Indeed, the #1 topic requested for talks in our collected feedback spanning hundreds of attendees is “politics.”

We hit the “jackpot” with Professor O’Connell, a professor beloved by his students who won Dickinson College’s award for excellence in teaching, and who is an excellent partner to educate those interested in learning more about the presidency in the Trump era.

Contact us to learn more about Professor O’Connell, his eye-opening and acclaimed talk, and our end-to-end service for an event at your company. 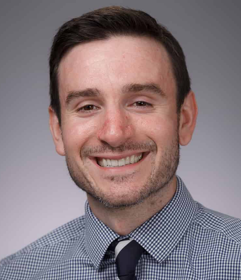